Farrelly to Compete in APC United Late Model Series in 2017

Thursday January 26, 2017 (Guelph, Ontario) – Junior Farrelly Motorsports has been working hard during the offseason to plan for 2017 and was in search of a new challenge.  After competing as a Sauble Speedway limited late model regular for the past 3 years, the team finally announced their intentions today to compete in the upcoming APC United Late Model Series for the 2017 season.

The decision wasn’t an easy one to make but Farrelly was drawn back to allure of the pro late model series after purchasing Steve Laking’s former Junior Hanley mount at the end of last season.  Farrelly also noted that the series offered the team an opportunity to get back to their roots and travel across Ontario with an increased number of events compared to Sauble’s downsized schedule over the past two years.  “When you look for the best competition and professionally run sanction the APC Series ranks amongst the top of any organization out there today.  It truly offers the best field of pro late model drivers and is marketed on a professional scale that continues to gain in popularity and fan following”.

Farrelly wanted to present his marketing partners with the best opportunity to promote their brands across various regions of Ontario which is something else that swayed his decision to compete with the APC series.  “None of this would be even possible without all of the strong support from our current partners and it is my job to ensure I am promoting their businesses both locally and on a regional level in an attempt to grow their business and brand recognition.  Competing solely at Sauble provided limited exposure in a select market which made it difficult to attract new sponsors.  We look forward to offering increased exposure with heightened medial coverage by aligning with the APC Series.”

Although Farrelly will be focusing on the APC Series he still plans on making select appearances in his limited late model at Sauble and Sunset Speedway throughout the course of the year.  “We will definitely still try and run the limited as much as possible in Sauble’s newly formed 360 Series which is a 6 race schedule throughout the summer months and we also want to make some appearances at Sunset to prepare for the Fall Velocity 250 weekend as well.”

The team is also searching for additional crew support for the upcoming season for both the APC and Sauble schedules.  All interested candidates can contact Farrelly Motorsports directly at jrfarrelly@hotmail.com.

Farrelly Motorsports racing efforts are made possible through their strong alliance with their current marketing partners.  “We are pleased to have secured many of last year’s partners again for the upcoming season and would like to thank the following companies and owners for their continued support: Chris and Jenn Becker owners of Tired Iron Equipment Service of Woodstock, Paul and Steve Jeffery at Hamilton Auto and Cooling, Dan Mead of atvdepot.ca and Sauble Beach Motorsports, Dan and Bob Bailey from EPIC Racewear by OnePromo.ca of Hanover, Len Beauparlant from Toolneeds.com of St. Catharines and Nuru Khamis from Kelsey’s of Guelph.

Please refer to the partners section on jrfarrellymotorsports.com and click on the 2017 marketing package tab for more information about sponsorship opportunities.  Farrelly Motorsports has several packages available to help tailor a customized marketing effort to suit your business objectives. 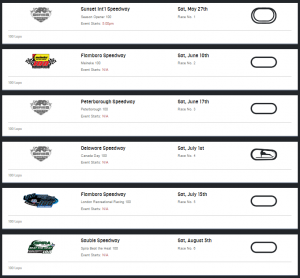 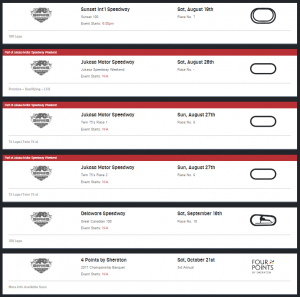 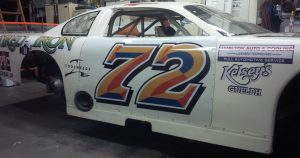 The team returns to action on Saturday, May 27th for the opening round of the APC Championship Series at Sunset Speedway. For more information visit www.apcracingseries.com.