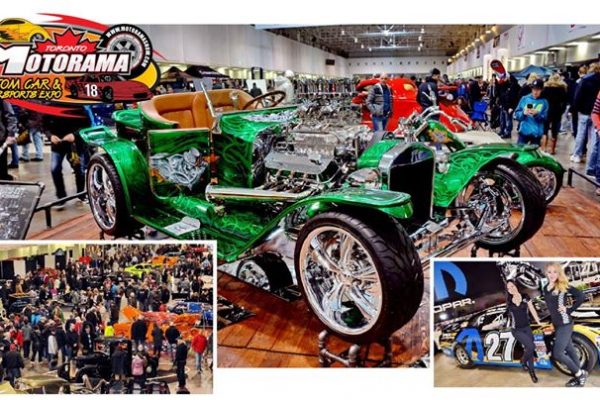 Saturday February 17, 2018 (Guelph, Ontario) – Junior Farrelly Motorsports is pleased to announce that they will be attending the fourth annual Motorama Custom Car & Motorsports Expo Presented by Mothers which is a three-day celebration of cars and stars taking place on March 9, 10 & 11, 2018 at The International Centre across from Toronto’s Pearson International Airport.

Motorama brings together an impressive and exciting collection of hot rods, classic and custom cars, tuners, modifieds, rat rods and street rods. As always, motorsports will be a huge part of the show, with racing vehicles of all kinds featured throughout the 300,000-plus square-foot facility.

Additionally, the show includes a great assortment of automotive and racing celebrities, announcements, awards presentations, themed panel discussions, club displays, tracks, series and much more. The annual event is widely recognized as the official kickoff to the Canadian motorsports scene which features representation from numerous drivers, teams, tracks and sanctioning bodies throughout Ontario. 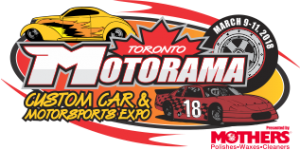 This is the second time Junior Farrelly Motorsports will be participating in the widely anticipated event and is excited to debut their new McColl Racing Enterprises Pro Late Model which will be featured in the APC United Late Model Racing Series booth located inside Hall 1B in the Motorsports Expo room.  This area is known as the Racers Coral and represents the entire spectrum of Canadian racing with tracks, series, sanctioning bodies and stunning race-ready vehicles of all kinds, including stock cars and road racing, drag racing and karting vehicles. 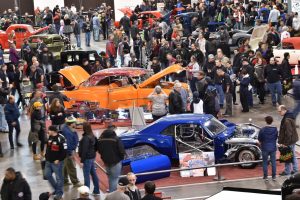 Junior Farrelly will be on hand throughout the entire weekend to meet with race fans, automotive enthusiasts and industry leaders alike and will be making guest appearances at the APC United Late Model Series autograph sessions and driver interview panels.  The team is excited to debut their new car and paint scheme which they feel should put them in discussions amongst the selection committee who hands out the hardware for Best Appearing Stock Car of the event. Stay tuned for upcoming information regarding dates and times of guest appearances once finalized.

In terms of celebrity appearances at Motorama, Courtney Hansen, Jeff Lutz and Lou Santiago have already been confirmed, with more to be announced in the coming days and weeks.
Courtney Hansen is known as ‘The Leading Lady of Automotive TV’ and is a favourite of car and racing enthusiasts because of her work on TV shows like Overhaulin’, hosting awards ceremonies and working as a product ambassador. Jeff Lutz is a multi-time Drag Week champion and is now a fixture on the hit TV show Street Outlaws. Lou Santiago, a co-host of Car Fix on Discovery Velocity, is being presented at Motorama by Lincoln Electric. 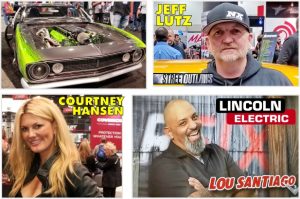 See below for weekend event schedule and for further information check out Motorama’s website: http://www.motoramashow.com/